“We were given a scratch carded in Fuengirola and taken to Matchroom where we endured a 6-hour presentation and ended up purchasing one week’s timeshare for £11,900.

The next day, we tried to cancel the timeshare and was informed by Norman Anderson that this was not possible.  “No cooling off period” was given, which is utter rubbish. Our consumer explained “We feel that we were told lie after lie and now wants nothing to do with the timeshare.

Thankfully now we had got an end to it”.

With thirty years of experience in the construction and management of holiday resorts, Heritage Resorts have a unique portfolio of fine holiday and leisure destinations. 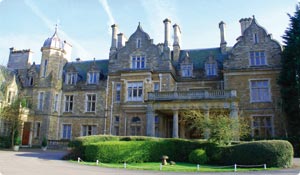 The success and reputation of Heritage have grown in the U.K.; they have two fine hotels; one in Lincoln; The Branston Hall Hotel, Lincoln. An elegant country house hotel, set in 88 acres of typically English wooded parkland, Branston Hall epitomises the magnificence of times gone by.

Plus; The Whitewater Hotel and Leisure Club in the Lake District. Both hotels recognised as being prime destinations for holidays, business conferences and lavish weddings. 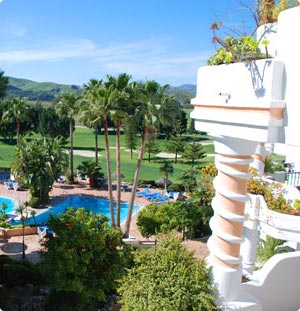 Heritage affiliated resorts throughout the world provide owners with a mouthwatering choice of further exotic, holidays.

Owners of holiday homes in Heritage Resorts soon become aware of the reasons Heritage have achieved such success:

Heritage clients who have bought timeshares from Mr Anderson are now finding their details are magically being transferred to Timeshare Legal Services TLS who then cold call you to get out of the very timeshare you have just purchased from Mr Anderson.

Mrs Emma Smith of TLS writes  “Thank you for taking the time to speak to me last night. As per our telephone conversation, I would just like to confirm if you choose to end your membership with Heritage through us, we make a charge of £1,950.00. This will pay for the work to be done for you and once we have taken the membership out of your name and you will receive a confirmation letter from Heritage to say you are no longer the owner and all ties will be severed”.

Upon hearing this news our client made contact with Heritage so as to inform them of this alleged scam and said “We have today been cold-called by Kelly of Timeshare legal services”, offering to act on behalf of Heritage in the ending of our timeshare contract, is this correct?

“She claims to be the only authority and only company which is able to end the Heritage contracts“.

She did not maintain her promise and did not email the consumer with her business details or credentials but did provide proof from Heritage that she was entitled to act on its behalf and in respect to timeshare disposals and showed that she was offered exclusive terms when disposing of Heritage timeshares.

Kelly said that Norman Anderson would be able to vouch for her company’s and would confirm she is entitled to represent Heritage Resorts in any timeshare disposal. The Consumer did write to Mr Anderson who replied via a Heritage resorts email address and stated “you needed to you more money so as to convert your timeshare to a floating week which he said would be easier to dispose of. The consumer refused and the pretend lawyer persisted. Then Norman Anderson phoned the consumer back and stated  “Emma Smith of  Timeshare Legal Services would phone us back and quote an exit price. Emma did phone back but did was clear on the disposal mechanism. She explained that if they paid £1,950 up front she would get them out.  They then emailed Norman asking if she was authentic.

“I spoke to her on the 8th November 2017. She confirmed the above, wanted payment via Pay Pal. She talked of utilising a “loophole” but would not say what that loophole was or if she was an authorized agent acting for Heritage Resorts, only that she was “loosely associated with them she stated she would get them out  and all would be placed in an email

9th November 2017 – Norman Anderson then phoned from Spain in response to my email saying that Emma Smith of Timeshare Legal Services was 100% legitimate and authorised by Heritage to cancel the contract, thus, the claimed loophole exists, yet Neither Norman Aderson nor Emma or Kelly will tell anyone what that loophole is, so it must be a delusion or a full admission the contracts are flawed.

Our client’s advice is “I find the whole episode highly suspicious”. “I can only think that either Emma & Norman are pulling a fast one” and are working independently from Heritage or that Heritage knows and are seeking to charge for cancelling their own contracts.

Either way, it seems likely that Emma Smith of Timeshare Legal Services would disappear into thin air if things did not happen, and Norman (Heritage) would deny any knowledge as the potential victims have nothing in writing from Mr Anderson, “only phone calls from Spain“.